Rachel Nichols: A Woman Working in a Male Dominated Industry 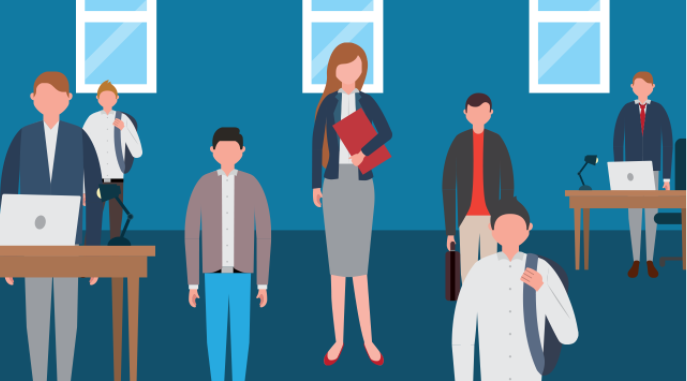 Not every newspaper outlet is great. And not every paper produces material that turns into books and movies. But, the Washington Post is both great and has served as media inspiration for films such as All The President’s Men, and Rachel Nichols fell in love with both she was young. She grew up wanting to work for that particular, famed media outlet.

“Part of that too is because Tony Kornheiser, Mike Wilbon worked for The Washington Post,” says Nichols.

Another Post personality helped shape Nichols’ path –Christine Brennan who was a reporter covering the Washington Football Team and Nichols wanted to follow in her footsteps.

Nichols appreciated seeing someone that looked like her working in a field that sparked her interest. It didn’t matter that people tried to tell her couldn’t do it or that her trusted journalism professors tried to steer her away from sports.

She was focused on making her goals and dreams a reality. And from that came a major revelation. She had to learn that she couldn’t be something she wasn’t. There is only one Rachel Nichols, and it took a legendary sportscaster to help her understand her place in the media landscape. She thought she didn’t look the part. She wasn’t some polished anchor or media darling.

“Stuart Scott was actually great with me when I was trying to feel my way because I think the beginning for him, a lot of people wanted him to be something he wasn’t. And he just kept saying to me, he’s like, ‘You could be 100% great at being you. But if you try to be someone else, it’s impossible, because you’re not them. You’d only be like 60 or 70% as good as they are.’ And it sounds obvious, but it’s hard when everybody looks and acts like this other thing,” she recalls.

The women before Nichols dealt with the brunt of hostility working in a male dominated industry. When Nichols arrived on the scene it wasn’t as bad as it had been, but it certainly wasn’t as good as it is now. Progress has been made, but she has certainly had her fair share of disrespect, not just from athletes but often from the very officials that were supposed to be making her job easier.

“I had a guy said to me one time in the hallway, “Oh, I’m sorry, honey, the anthem singer can’t be back here.” Security guards would say, “Look at you, you can’t go where the boys are. Boys are changing in there.” And you’re just like, “That’s not how this is set up.”

Women covering sports have encountered disrespect from all angles. They’ve found obstacles from colleagues and hiring managers to readers and viewers to players, coaches and executives they’ve covered.

In today’s climate, men have begun to become much more welcoming, accepting women as their equals. And overall, things are much better for female sports journalists, but there is still room for improvement.

Part of considering women as equal is paying them the same wage for the same job men are doing and getting paid. Nichols notes that women shouldn’t be getting paid 80 cents on the dollar across the country and significantly less for women of color.

“Even now, I’m still the only woman in the room sometimes, but it’s not all the time, and that makes a huge difference. But I hope that I can show people and young women that they have the room to succeed, but also the room to screw up.”

Nichols wants young women to know they don’t have to be perfect despite the totally normal human nature to strive for perfection.

And while the job is extremely time-consuming, Nichols says she’s sure it’s worth it.

“There’s times where I sit there and think, “Why, why am I giving up all this stuff in my life?” I mean, I’ve missed weddings, I’ve missed family stuff, I missed whatever,” she recalls.

“But I know it’s the thing I love. Like I know I love it. I still love it all the time. And that’s what keeps me feeling like I’m doing the right thing.”

What You Need To Know About Zerodha Review For Traders?

How To Clain The Latest No Deposit Forex Bonus For Traders