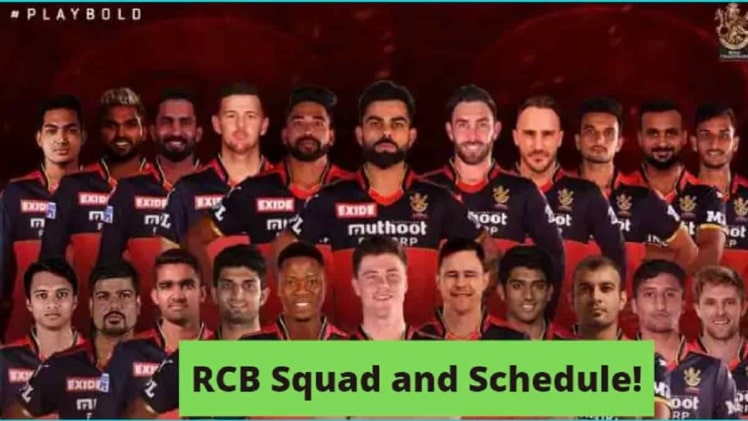 Despite another failure by Virat Kohli, Royal Challengers Bangalore chased down 170. Lowering the order, Dinesh Karthik and Shahbaz Ahmed shone as RCB cruised over Rajasthan Royals at Tuesday’s Wankhede Stadium in Mumbai.

Rajasthan Royals have won their first two IPL 2022 matches against Sunrisers Hyderabad and Mumbai Indians, but they could not preserve a low score against a powerful RCB batting lineup.

On Tuesday, Royal Challengers Bangalore beat Rajasthan Royals by four wickets in the Indian Premier League. Jos Buttler hit an undefeated 70 off 47 balls, while Shimron Hetmyer (42 not out) and Devdutt Padikkal (37) also contributed to the Royals’ 169-run victory. In response, Dinesh Karthik hit an unbeaten 44 off 23 balls and shared a match-winning 67-run stand with Shahbaz Ahmed (45 off 26 balls) to lead RCB to their second tournament win. Wanindu Hasaranga (1/32), Harshal Patel (1/18), and David Willey 1/29 each took a wicket for RCB.

Another former RCB player, Navdeep Saini, also struck in his debut for the Royals. He picks up the pace and grabs the outer edge. He then throws a cutter into the pitch, which grips and bounces at Rawat, who struggles to control the dab to the third man. Instead, he directs it directly into Samson’s gloves for 26. The Royals are now back in the game. Kohli soon ran out for five from 6 balls. Chahal smashes past Willey’s defences with a stunning leg-break a ball later. RCB has gone from 55 for 0 to 62 for 4; their victory probability has dropped to 21.25 percent.

Chahal vs. his previous team, RCB, was one of the fascinating subplots in this match. When he pitched one in his slot, the leg spinner saw du Plessis thump him down the ground for four. He darts one at du Plessis, who had pulled away to provide some swinging room, four balls later. But‌ Chahal cramps him and causes him to miscue a catch too long-on.

Faf du Plessis gets things started by smashing Boult’s on-pace balls full toss through the line for two boundaries. Anuj Rawat, the other opener, is more daring, leaping out of the crease and smashing over the top, taking advantage of Prasidh Krishna’s increased velocity. Ashwin performs better than the seamers in the powerplay, allowing 13 runs in two overs. RCB‌ has maximized its powerplay, going 48 for 0. As a result, RCB’s victory probability has risen to 56.31 percent.

Rajasthan Royals opener Jos Buttler batted to the end to help his team to a respectable total of 169/3 in 20 overs. After a sluggish start, Butler hit an undefeated 70 off 47 balls. Shimron Hetmyer’s 42-run knock provided him with enough assistance in the last overs. Faf du Plessis squandered Harshal Patel’s four overs before the final over as 42.

Wanindu Hasaranga had four wickets against KKR in the previous game for RCB. he is a Sri Lankan, and an all-rounder is one of the top leg spinners globally because of his variety and precision. Hasaranga should be a fantastic addition to your fantasy cricket in the RR vs. RCB team, given his recent form. Fantasy cricket involves creating a virtual group of cricket players and awarding points according to how they perform in the real world.

Following are the 11 players of both teams: